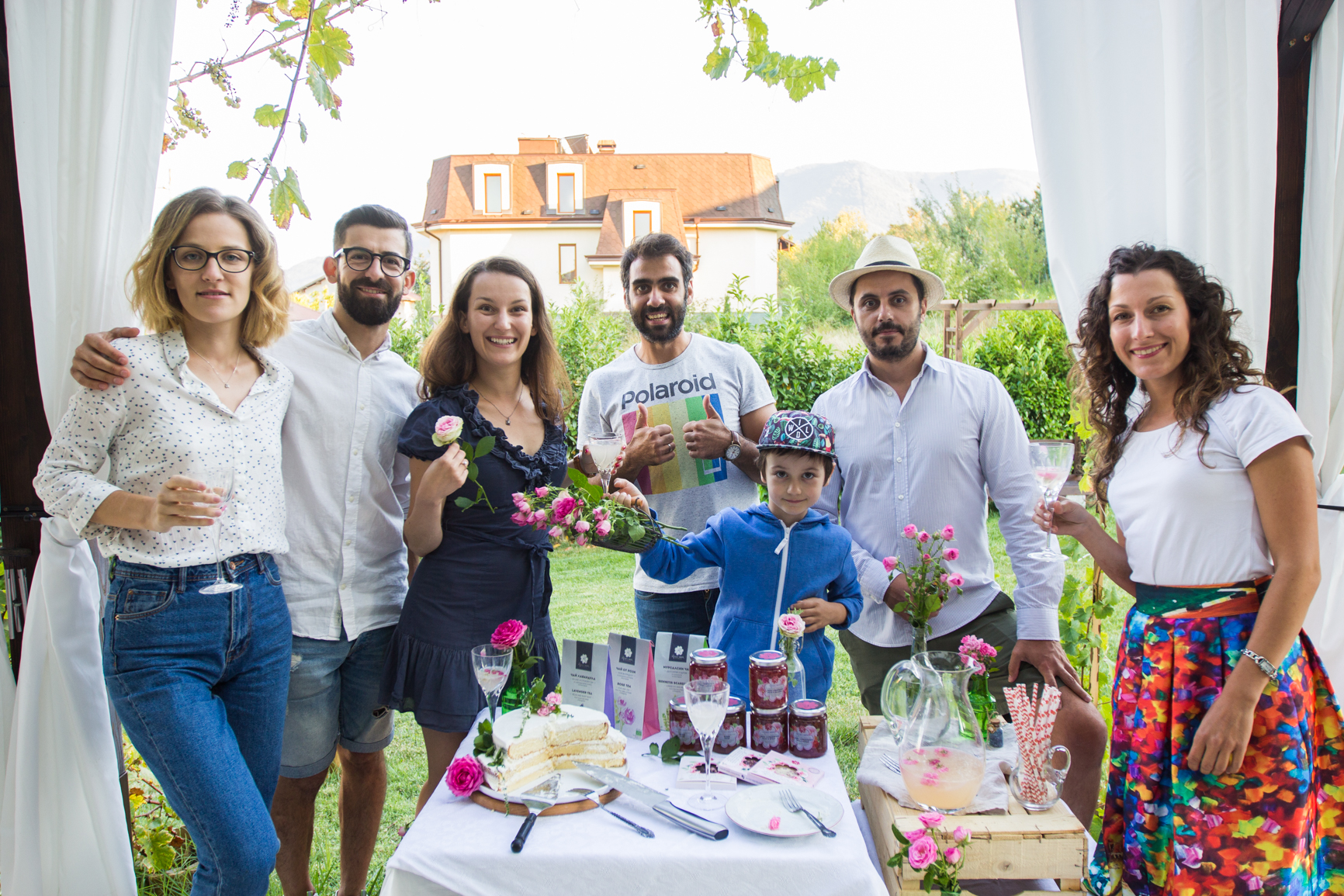 We are happy to share that in February 2018 we finally recieved the good news! It’s official, Rosey’s mark is among the Top 10 winners of the European agri-food accelerator KATANA.

This ranking brings us a lot of satisfaction from a job well done and, last but not least, a financial support of 100 thousand euro to be used as a boost of Rosey’s mark business. Winning the grant didn’t come easy but it comes right on time at the stage of business development we are currently in. Plus, this is the first external investment for Rosey’s mark.

KATANA is an European accelerator with focus on the agri-food sector, funded under Horizon 2020 under the funding framework of European Commission. In fact, for Rosey’s mark team it was a rare opportunity to pitch our non-IT project in a relevant way.

Our team made the first step in February 2017 when we made a 2-minute video pitching the team and our business venture for food from Bulgarian oil-bearing rose. That stage of the competition was organized based on peer-to-peer evalation among hundreds of candidates from different European countries. We ourselves watched and evaluated dozens of videos in a given timeframe in order to select the strongest competitive proposals according to our view. Two months later we were informed that our application was short-listed among the best 100 proposals, which gives the right to enter the next stage of the competition.

It the second stage the selected top 100 participants were devided in 3 sub-categories: Mobile Services & IoT for the food supply chain, Functional Foods and Precision Agriculture Services. Rosey’s mark team was the only participant from Bulgaria in the Functional Foods category. In order to select the final top 10 a reward-crowdfunding competition was launched. KATANA brand-new crowdfunding platform hosted 54 approved campaigns from 17 countries.

To prepare better for the crowdfunding fight and upon requirement of KATANA, in that stage we joined forces with other two Bulgarian companies – Blue Birds creative agency and Media Basket digital agency. And the crowdfunding capmapigns of all participants were started in the begining of October for a 3-month period, till 31-st of December 2017. After some tense waiting of results validation the final Top 10 winners were announced. 5 years after the launch of Rosey’s mark starting from the mere idea of roses in food, our team is extremely proud and happy with the results which represent a proof for the future perspective and the vitality of our business.

We promise to use the grant wisely and effectively to develop Rosey’s mark in several directions: new products development, distribution network including export, deeper research of the applications of roses in food and marketing.

This is the place and time also to express our gratitude to all who supported us during the crowdfunding competition, also to our partners from MediaBasket and BlueBirds. We are planning great deal of novelties and business development speed-up, so please stay around, watch Rosey’s mark bloom and get ready for some more roses on your plate!

This project is funded by KATANA (Emerging industries as key enablers for the adoption of advanced technologies in the agrifood sector, Horizon 2020, project no. 691478), under the funding framework of the European Commission.