Speaking about traditional Bulgarian cuisine, one of our favorites is called ‘banitsa’. In its classical version, it’s a Bulgarian savory cheese pie made of rolled phyllo sheets filled with Bulgarian white cheese, eggs and yougurt.

Recenlty, we are into the growing trend for renewal of traditional cuisine by giving new life to favorite grandma’s recipes with a twist of preparation methods and/or additional ingredients. And last Sunday we felt like cooking ‘banitsa’ but with a twist of roses! We ended up with easy-to-do and tasty savory-sweet version. This is the recipe we share here.

Leave the puff pastry to unfreeze for 3-4 hours or move it from the freezer to the fridge from the night before.

Pound the rosemary and mix it in a bowl with the goat cheese crushed with the help of fork.

After the puff pastry is ready for work, spread it out on a cutting board sprinkled with flour and cut it in squares. In the center of each square put a tea spoon of rose jam and a tea spoon of the rosemary goat cheese mixture.

Fold the squares and seal by pressing with fingers. For a safe seal and to avoid leaks of the stuffing, wet the bords of the pastry with watered fingers. 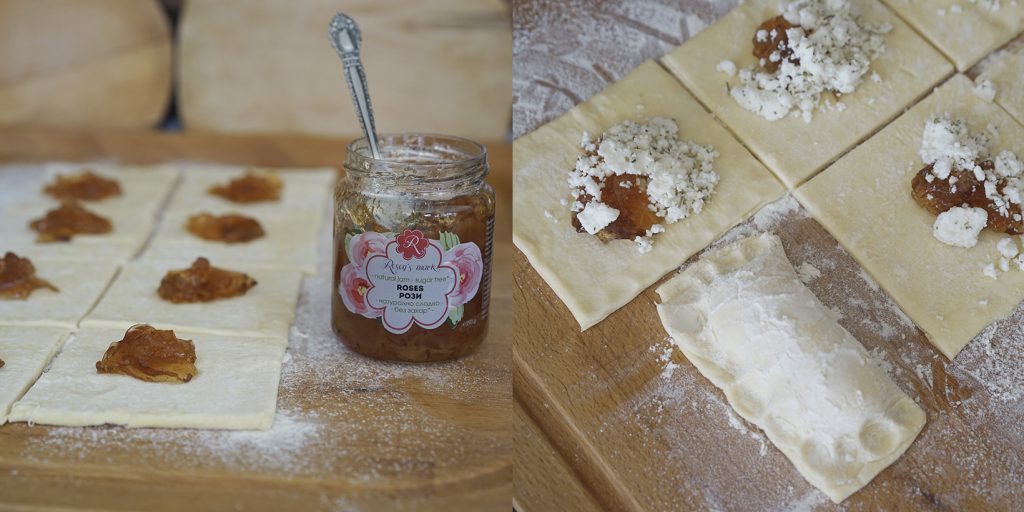 Smear the folded pies with the quail egg on top for a nice golden crust. You can sprinkle some rosemary and dried rose petals on top as well.

Bake in preheated oven at 200˚C for 15 minutes or till you get that golden crust.

Serve the ‘banista’ pies after cooled down, preferably together with a glass of ayran (traditional yougurt drink). 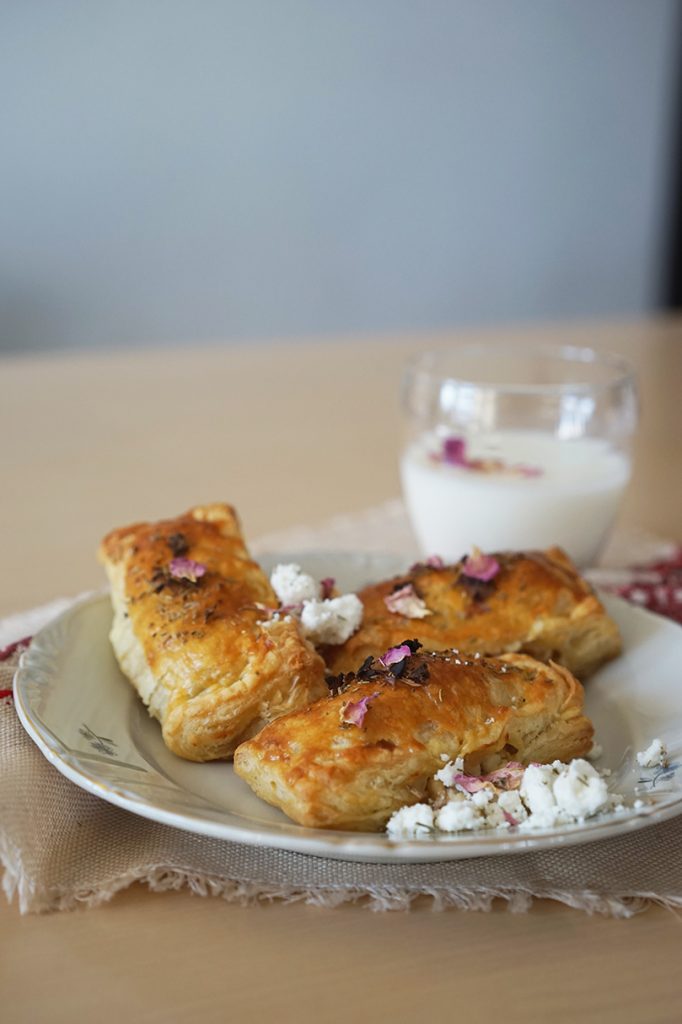 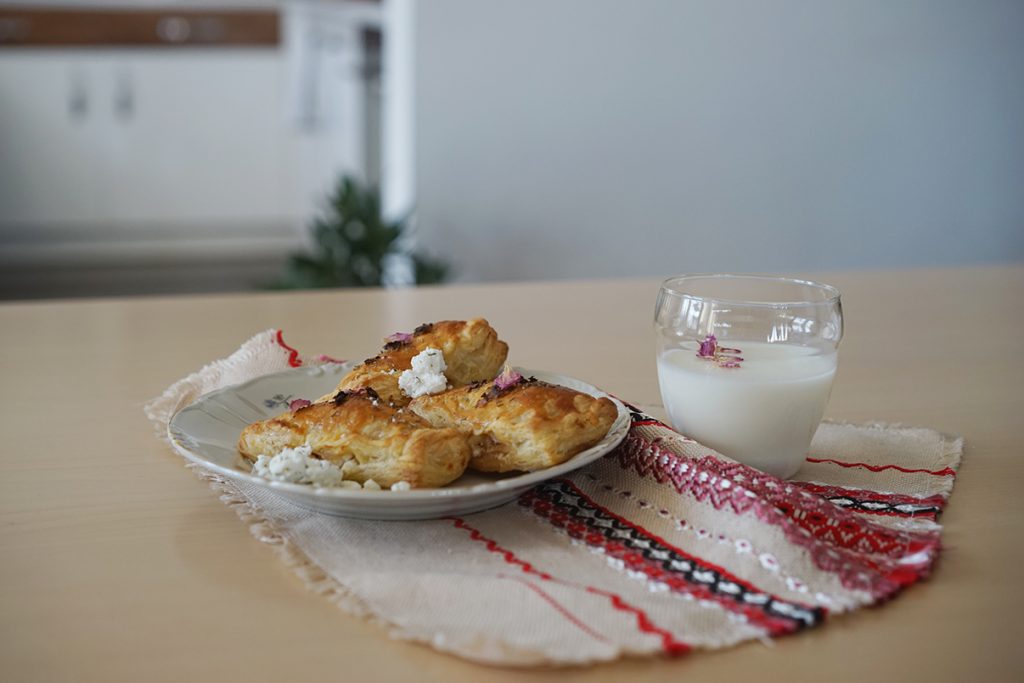