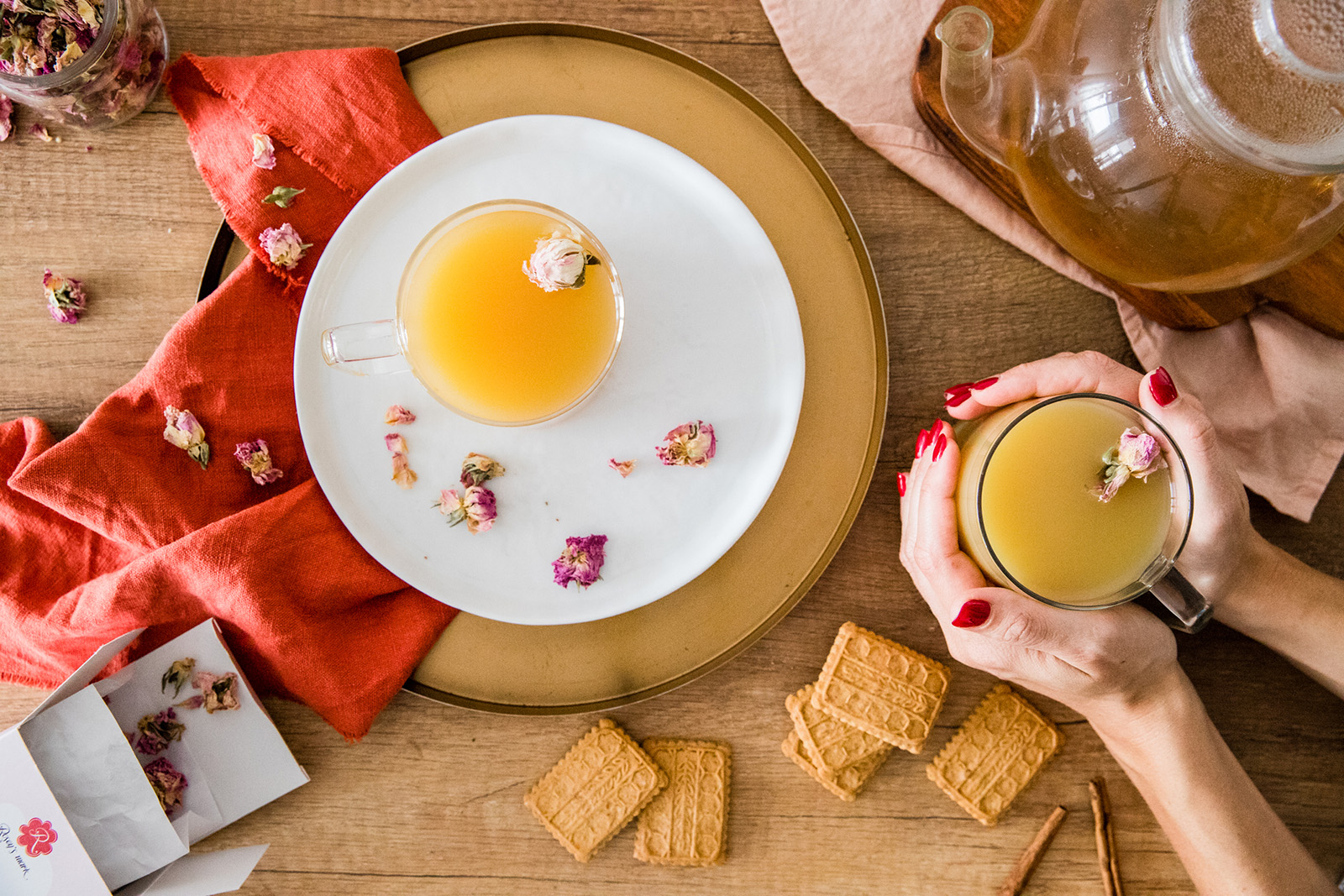 In November our longing for warming tea drinks rises significantly. And that’s natural – with the cold season stepping in, we need more heat both from the outside and the inside, in combination with balanced immune system boosting. That’s why this month’s rose-flavoured recipe theme was easily decided. We are going for a functional tea-based hot drink which can give the body what it needs during the cold months.

We present you masala chai with roses – our version of a real classic from the Indian system for nutrition and healthy way of life Ayurveda.

But before we share the recipe for our rose-touched masala chai here some words about the classical drink. Masala chai is a drink daily consumed probably by every person in India and the recipe is transmitted from grandmothers to their daughters and grand-daughters. It basically consists of spices brewed in milk. In the different parts of India and from family to family the recipe varies according to the taste and preferences of its consumers. It could have black tea as ingredient, or it can be prepared caffeine free. The must-have ingredients are ginger, black pepper, cardamom, cinnamon. Every ingredient adds to the rich flavour of the masala chai and also to its functional benefits as part of Ayurvedic tradition for prevention of the most common cold season problems, such as cold, flu, inflammation of the respiratory tract and digestion problems. It’s not a coincidence that in India a cup of masala chai is a must after a meal. It is considered a balm that soothes the flame after a spicy dish and gently balsams the digestive tract.

Or put into words by contemporary nutrition science, and more precisely, the words of our nutrition and food styling expert Mihaela Beloreshka:

„During the autumn season digestion weakens its power and needs some support. Adding spices and herbs that help digestion processes has beneficial effect and helps the body to adapt to the cold season. Rose, in combination with the warming effect of cinnamon, ginger, clove and cardamom, is a great choice for stimulating digestion system and keeping it healthy and toned.„

Looks like that’s pretty much all we can ask from a hot tea drink during this season, isn’t it?

RECIPE:
1. Cut the ginger in stripes and put in a pot, together with the rest of the ingredients, excluding milk which will be added later.
2. Add 1 l of water and boil for around 15 minutes at medium heat.
3. When the chai is ready, strain and serve with milk.
4. Add sweetener of your choice. 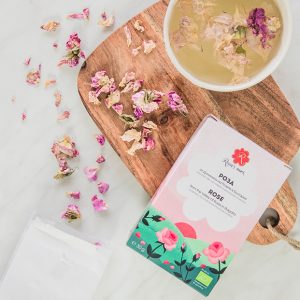 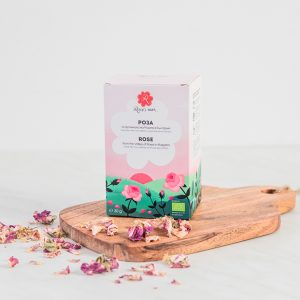 Hand¬picked at early dawn, the blossoms of the Bulgarian oil¬bearing rose are naturally dried and packed in a handy paper bag that protects their aroma for months. Once you open the bag, a whole world opens up for you, a world full of love, happiness and eternal youth. Indulge yourself with fragrant teas and drinks, or go beyond the limits of the obvious and add the delicate but distinctive rose to delicious dishes and tempting desserts.