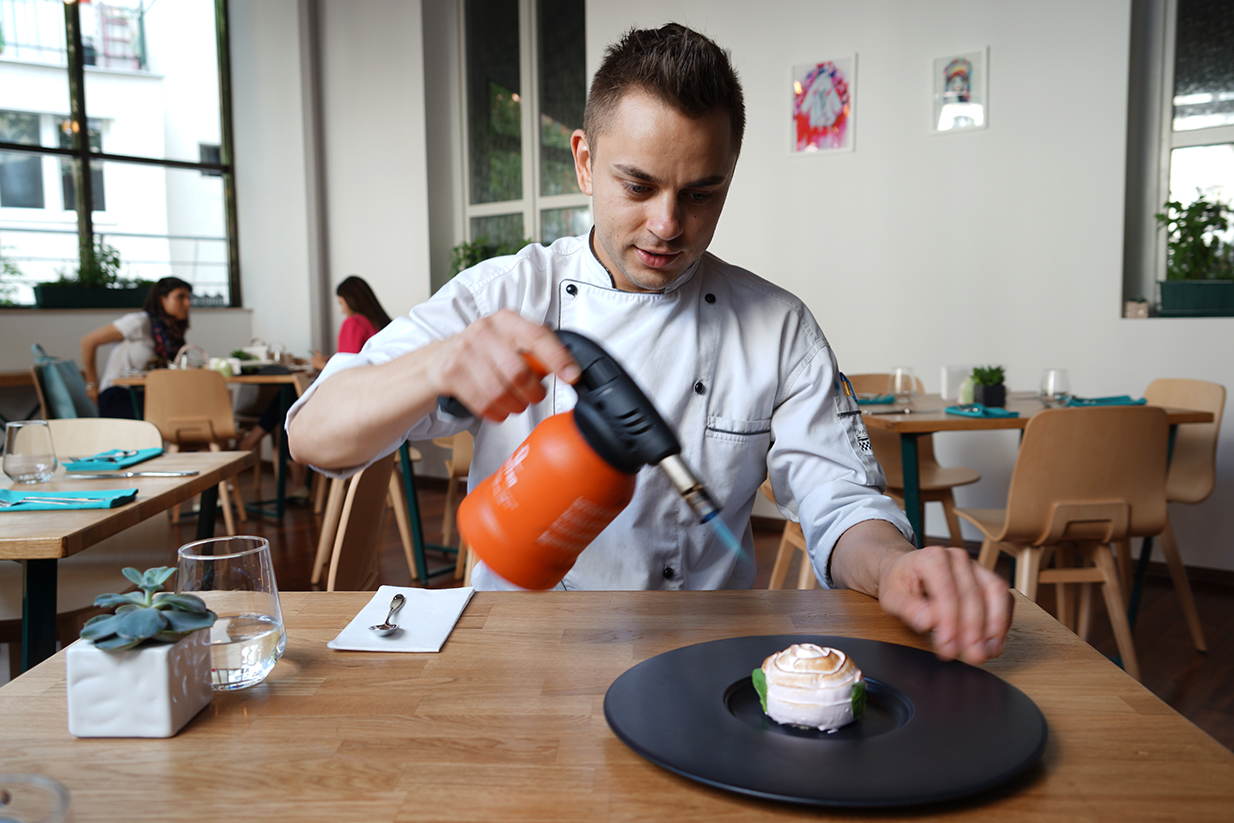 We met with Alex in the new garden of Cosmos restaurant last week. We were here also before, in the second floor hall, as ordinary clients of this restaurant, totally captivated by the micro-universe of Cosmos. We admit, we are in love with the atmosphere of this place and with the original menu combining culinary innovation with Bulgarian tradition. They also have a dessert called “Bulgarian rose” which, for some time now, is prepared with our modest contribution and we thank the stars above for that ordering of events. We came to talk with Alex precisely about roses in culinary art. But the cosmos expanded and his story took us much further.

By professional occupation Alex is a pastry chef. But this is far from having complete description of his character. To help you understand better, I will tell you his story. When he was 20 years old Alex won the lottery. He had the money to buy a house but instead he decided to invest in himself and become an actor. He goes to Los Angeles, USA where he studies English and… is not accepted to study acting. But he rediscovers himself. Actually, the consciuos work on his own personality is what matters the most for Alex. That’s why when he comes back to Bulgaria he continues his search with acting in urban context and  doesn’t care to get a dimploma in acting anymore. He develops the actor within himself according to his perception and that brings him pure joy.

And what about pastry?

Pastry is always there, as a parallel reality. And what a reality! In 2013 the young Alexander Tsekoff becomes pastry chef of Kempinski hotel in Sofia. The level of professionalism is high at early age. He loves to experimentalise and express himself in desserts design, just as if he is on stage. That brings him to Cosmos more than an year ago, when the restaurant was founded.

Alex: “Our job is somehow depressing because you always stare at your work. There are two realities – one in the kitchen and another one in the salon of the restaurant. That’s why personal relationships in our team are very important.”

For him his colleagues are family. They have a strong bond, they share things, they laugh together and sometines they cry together while peeling peas and listening to meditation music at the same time. A united team.

We asked Alex what is the most important thing in his work. His answer was: “Just do it!” He just like to take action, with the complete freedom of doing anything he wishes, to experimentalise.

Alex likes playing with Bulgarian tradition and history in the kitchen. He claims Bulgaria is developing very fast right now, that there is progress you can actually feel. That’s why for the national day of liberty, 3 of March, he presents a themed dessert called “The Golden Age”, with real gold inside. As a pastry artist he puts symbolism in his desserts.

Alex: “I feel roses in culinary art have a personality very close to my heart. They are something unexpected, something fresh and vibrant.”

According to Alex roses are at ease in culinary design. He shares that at the moment in the menu of Cosmos there are 3 different courses that include roses in different forms: the octopus with watermelon and cheese, the cosmic version of “Banitza & Boza” national classics and of course in the dessert called “Bulgarian rose”. The dessert was developed by the master chef of Cosmos, George Boykovski and it is his version of the classical Baked Alaska. Inside we can find sorbet of strawberry and rose (with Rosey’s mark Rose & Strawberry jam), yogurt ice cream, sponge cake with vanilla syrup and Italian meringue with rose oil. 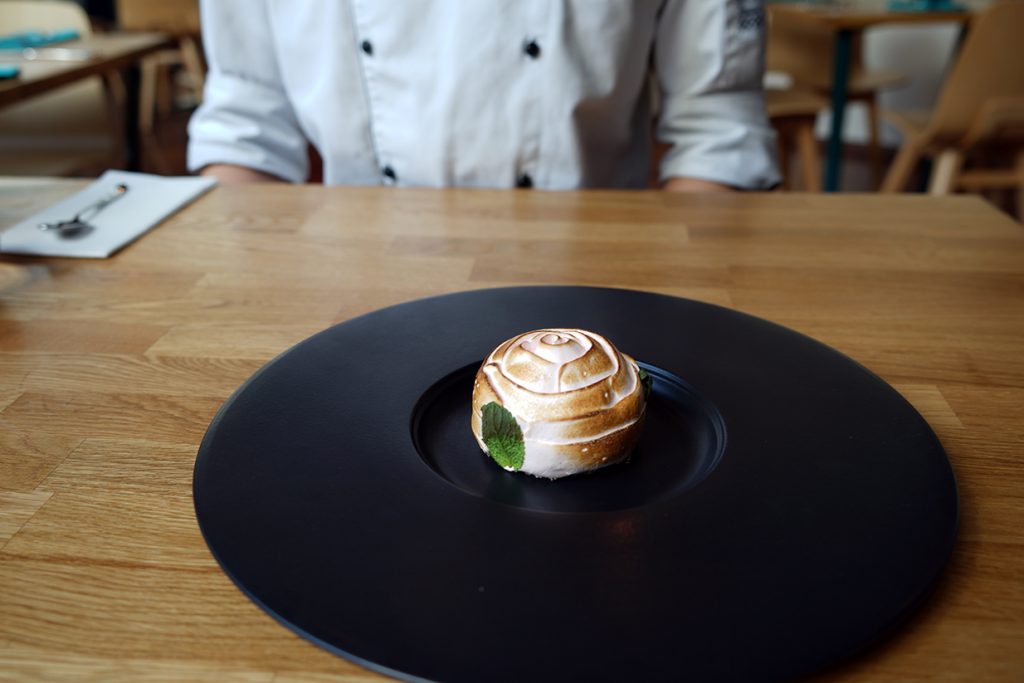 We are asking Alex why does he like to cook with Rosey’s mark products. And he smiled: “They are natural and you can tell. It’s extremely pleasant to work with the rose jams, to see every rose petal inside. We use them by applying different cooking techniques.”

In this very moment he orders the most beautiful rose and they bring it to our table. A moment of silence follows – a moment for photos and tasting. And there are no words to describe that, this dessert needs to be tried!

To close this story with, we want to tell you that Alex is an extreme optimist for the future and for life in Bulgaria. That were exactly his words: “I am an extreme optimist. These are better and better times we are living in. It’s very important for people not to be affraid and to follow their desires and to materialize them.” After the meeting with Alex, we are extreme optimists, too! Or we might have always been. What about you?